Subscribe to get tips, tricks, news related to Gadgets, social media platforms and much more.

Why You Should Hire React Js Development Services? 7 Justified Reason!!

IT EDUCATION: Professional Trends For The Next 10 Years

How Text Recognizing Technology Helps To Extract Text From Image?

What Do The Emojis Mean On Snapchat? A Complete Guide 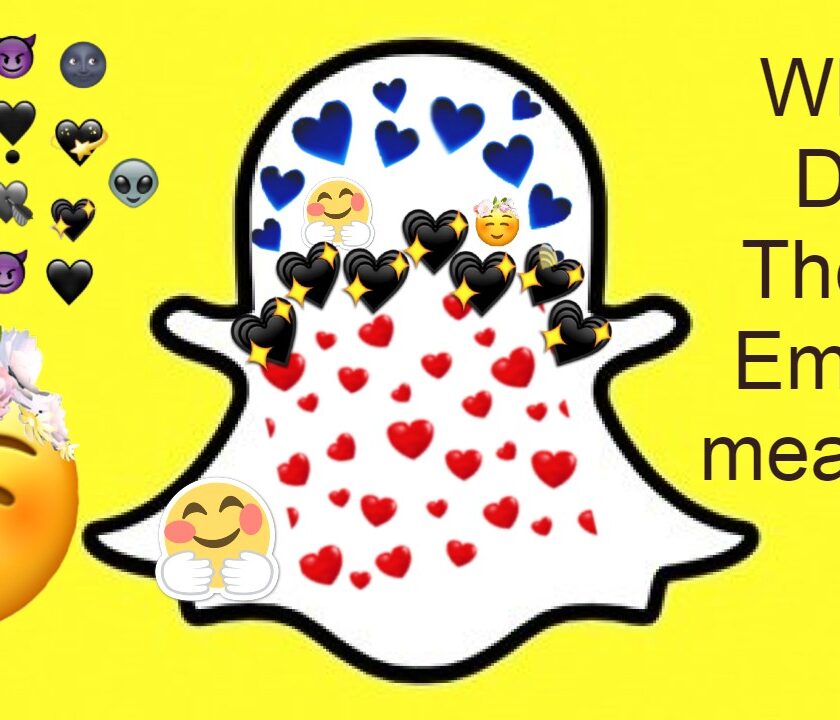 What do the emojis mean on snapchat

Does Snapchat have emojis features rather than taking some photos? If yes, then what do the emojis mean on Snapchat?  Many emojis are present in mobile phones. No doubt these emojis are also present in Snapchat but in different ways. Snapchat users are well aware of these emojis, but if you are a new user of Snapchat then this article will be helpful.

There are different types of emojis like yellow, pink, and red hearts, smiley faces, glasses faces, and many others. These emojis are shown next to your friend’s name. Mostly, you send your favorite emoji to your friends through the android keyboard feature. But in Snapchat, emojis have different meanings and it shows the kind of relationship with your network.

Snapchat emojis are well known as Snapchat friends emojis. Download the Snapchat app and make connections with friends. After that keep in touch and read the article to get an awareness of the different meanings of Snapchat emojis.

If you are a new user then it is very important to know the real meanings of Snapchat. Some meanings of emojis are below.

What does a yellow heart mean on Snapchat? Yellow heart emoji with a golden hue attracts Snapchat users to show their love and affection. A yellow heart is a sign of besties. You and your friend send your snaps to each other frequently. This heart is not only shown between just two best friends but also shown between close family members.

The yellow heart demonstrates feelings of affection, hope, happiness, and pleasure. You can use this heart where you feel inappropriate to send red heart emoji. Yet, the Yellow heart sign shows the first best friend relation and you both can find yourself on the top of contact lists.

What does a smiley face mean on Snapchat? Smiley face emoji with glowy cheeks and closed eyes indicate the best friend relation. It doesn’t mean smiley faces are your top best friend. You may see a lot of friends with smiley faces. If you and your friend send a lot of messages to each other then you get this emoji.

What does red heart mean on Snapchat? The red heart specifies the best friend forever(BFF). Actually, the yellow heart turns into a red heart when two friends remain together for two weeks. It means you have sent many snaps to your friend. So, a red heart is the symbol of love as well as romance.

However, the yellow heart comes into the red heart after two weeks. Come on to the next emoji for more information about what do the emojis mean on Snapchat.

Two pink hearts, one is larger and the other is smaller, indicating the sign of a relationship. These hearts express love and happiness. Moreover, a Single pink heart with sparkles shows a sweet tone and sign of love also.

Mainly, sunglasses emoji show the impression of carefree, appreciation, and chillness. This emoji is also well known as the mutual best friend emoji.

Moreover, this emoji shows fame and a sense of flourish. Yet, you got the amazing factors of emojis and gradually you look forward to furthering your knowledge of what do emojis mean on Snapchat.

Smirk face emojis appear in such a condition when your friends send you many snaps instead of you. However, this user appears in your best friend list but you don’t send them snaps as they send you.

This emoji is a signal of flirting and teasing. This emoji shows those contacts who have some self-confidence and humor.

This face is a sign of mistakes, bearing, tense feelings, and embarrassment.

If you are in the Snapchat group then this sparkle shows after the name of group members. This means sparkle users are in a group and you all send snaps and messages. You can easily find group friends with this gold sparkle.

This is a sign of excitement, joy, love, and congratulation.

Baby emojis on Snapchat appear when someone is added to your friend list. So at the beginning of the friendship this emoji shows. So if someone around your circle feels confused by emojis’ meaning then guide them about what do the emojis mean on Snapchat.

Do you want to know how Snapchat makes money? I have listed down some of the interesting facts click here to know.

How to change emoji on Snapchat

If you want to customize emojis on Snapchat with the passage of time, then use your thumb for some clicks.

I have listed 37 must-know Snapchat Tips and Tricks don’t forget to review these.

Hopefully, you got interesting meanings of different emojis after completely reading the article. So, now you are ready for the best answer for your friends if they asked what do the emojis mean on Snapchat. If you really want to find out your loyal friend then Snapchat is the best app. This app is beneficial to find the differences between friends through emojis.

Some emojis are similar to your facial expressions and some are heart emojis. However, if you want to express feelings of sadness and happiness then customize your emoji. Finally, you come to know that Snapchat has emoji features rather than just taking snaps and sending them to friends. It is very amazing that some emojis change after two weeks and some change after two months like yellow and red hearts.

Lastly, I am thankful to you for staying in touch with us.

How to Unpin Someone on Snapchat? (4 Explained Methods)

How to Change Streak Emojis on Snapchat | TECH IN PACK

What Does The Hourglass Mean On Snapchat? Tech In Pack

How Does Snapchat Make Money? Business Model for Users

How To Unblock Someone On Snapchat? Step By Step Guide

How To Check CHROME Version To Update It Quickly (2023)

IT EDUCATION: Professional Trends For The Next 10 Years

How To Change Name On Tinder? A Step-by-Step Guide

How to Find Someone on Tinder by Phone Number? Get Your Crush Back!