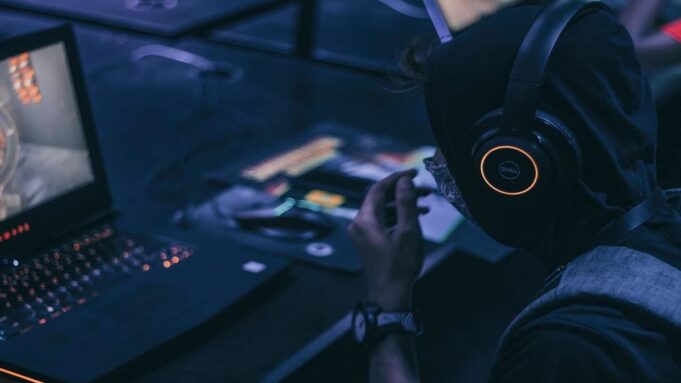 Gaming laptops have been thought of as “glorified laptops,” landing somewhere between the power and price of a normal laptop and a gaming PC. However, many gaming laptops can go head to head with powerful gaming PCs nowadays, as we mention in our piece on the “Best Gaming Laptops Under $2,000”.

What isn’t discussed as often as the raw quality of these devices, however, is what they’re most useful for. So, with gaming laptops gaining popularity, we thought we would highlight a few types of games that make them worthwhile.

Steam is a digital distribution platform for video games run by Valve. It’s been around since 2003 and has evolved into a platform that offers both smaller indie games and larger, well-known games. For each game, Steam identifies the basic requirements your laptop should have in order to run the game without lag or other issues. Gaming laptops almost always blow these requirements out of the water, even for heavier games like the famously demanding Skyrim –– which per Rappler.com has recently been re-released for the PC. Steam also works well with laptops in order to bring you the best possible experience with ported games that were originally released on consoles.

Online slots might not be on everybody’s radar, but they cater to millions of players around the world, and over the past decade or so they’ve become far more dependent on strong systems. Slots today –– particularly in the “video slot” category –– have detailed animations, action-packed bonus features, and vibrant backgrounds. They’ll run on ordinary machines, but a high-end gaming laptop will show them off smoothly and impressively, and will truly capture just what it is that many find so appealing about the modern versions of these games.

The mainstream prevalence of online poker has ebbed and flowed over the years, but the game seems to be in the midst of an uptick. Many have taken to the internet for social card gaming throughout the pandemic, and per an overview of the modern game by Poker.org there are now numerous apps and online platforms that support both free and real-money play. Most of these same apps and platforms will run just fine on ordinary devices –– but, as with slots, they’re best showcased on quality gaming computers and laptops. Not only will these devices showcase graphics in high resolution (making games feel more “real”), they’ll also cut down on lag –– which is important for live competition.

Games such as World of Warcraft have been popular for decades, and they just get better every year. These games do tend to take a toll on older, less qualified computers, however, whereas gaming laptops are built to handle heavier titles like WoW and, more recently, Final Fantasy XIV: Endwalker. These types of games are definitively better on quality laptops and computers.

Admit it: You played your share of these in the ’90s and ’00s, probably on an old, yellowed, clunky computer with a loud keyboard and slow dial-up internet. And you probably did it all without complaining (too much). When nostalgia hits, you can still play a lot of the most popular browser games from decades past, and with a good gaming laptop, you can now do it without the lag and crashing browsers. Weirdly enough, some of your old favorites will now play better than they ever used to –– despite some of them not having been updated in 15-plus years.

Gaming laptops are here to stay as people look for smaller, more powerful alternatives to their larger desktop computers and gaming consoles. They provide ideal flexibility but also do an excellent job of getting the most out of a number of popular genres.

How Are Laptop Screens Measured-Right and quick ways

BleachBit VS CCleaner: Which One Is Best?

How To Change Name On Tinder? [Solved!!]

Seemab saman - Aug 12, 2022 0
Thunderbird is an effective email client that has become useful as an open source, a cross-platform utility that can be availed for...

How to text someone who blocked you? Tech In Pack

How to unpin someone on Snapchat? Everything you need to know

The ultimate guide for technology solutions, hacks, and tricks
Contact us: [email protected]

How to text someone who blocked you? Tech In Pack

How to unpin someone on Snapchat? Everything you need to know

Where to find the Steam Screenshot folder on different systems